Jermel Howard is currently in Buffalo, NY filming a new movie. O how we wish we can share more with you about the film and the role Jermel will play. Just know this is something we will all want to see. It's one of the films, we know every one would go see. So stay tuned for more details. Once we get the word to share with you all. You will be the first to know. #jermelhoward #actor #newfilm #newmovie

Jermel Howard attended the Urban Film Festival with his cast mates from Tales "Trap Queen" which will air on BET on October 10 right after the BET Awards. Jermel Howard is playing Tyrone along side Lance Gross, Michelle Mitchenor, Woody McClain, and more. "Playing Tyrone was crazy. He's like that friend who's always gonna hold you down even if your wrong. A rider!!" says Jermel Howard. Don't forget to tune into BET on October 10 to watch Tales "Trap Queen" #irvgotti #Tales #B

Power Ep That Ain't Me Well we are pretty sure a lot of the viewers were shocked at the outcome of Brains. Did any of you see it coming? Ray Ray came in there like he really cared about Brains and his boy well being. We just knew after Brains had his mini talk with Tariq that every thing was good. Nope, Ray Ray was not convinced. The crazy part is Brains let his guard down with Ray Ray. Ray was not happy with them killing the lady. She would still be alive if Tariq didn't ye

Power Ep It's Done This episode was the most talked about episode. We seen him in the past few episodes doing popups here and there, but no one knew who he was. We now know he is Brains. This episode shows Tariq thinking he is ready to be a man and to be apart of the in crowd. Tariq really sees what it takes to be down. Tariq did the worse thing you can do. He called out Brains name, while his was robbing someones house. We all know that is a big No No. This calls for Brains

Power Ep We're In This Together We are still trying to figure out who he is. So we know now he is team Kanan and appears to be down for whatever. We know he just got out and not trying to go back in. But who is he? #whoisbrainsonpower #whoisbrainsonpowerseason4 #brains #power #starzpower #brainsfrompowerseason4 #brainsandkanan #brainsandtariq #jermelhoward

Power Ep The Kind of Man You Are First off, we know viewers are wondering how is Kanan still walking around and no one has seen him. Who is the real Ghost? Now Kanan is walking around with another dude robbing houses and we have a feeling this is not the first time we are going to him. #whoisbrainsonpower #whoisbrainsonpowerseason4 #brains #power #starzpower #brainsfrompowerseason4 #brainsandkanan #brainsandtariq #jermelhoward 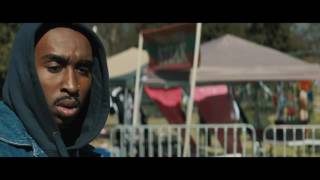 Jermel Howard as Mopreme Shakur in Tupac Film All Eyez On Me.

No tags yet.
bottom of page